Why are women arrested in India?

As per NCRB, in 2011 about 19,3555 women got arrested in India.
Can you guess the top 6 contending crimes for these so called female suspects?

Ofcourse, what else could have been the favorite pastime for mother-in-laws and sister-in-laws, other than taking care of their own families ?
Yes, you guessed it…………harassing their innocent ‘bahu’, who are eagerly waiting since childhood to get harassed by all the female relatives of her husband....
498A seems to be the easiest way to settle scores with there husbands....implicate the weaker....his mother, sisters, aunts, grannys, etc etc etc.
Strangely, never was she slapped or even scolded by ANY of her own mother or a female relative.
Anyway, keeping sentiments aside, NCRB even provides an age wise breakup as well.
A graphical representation of the same is: 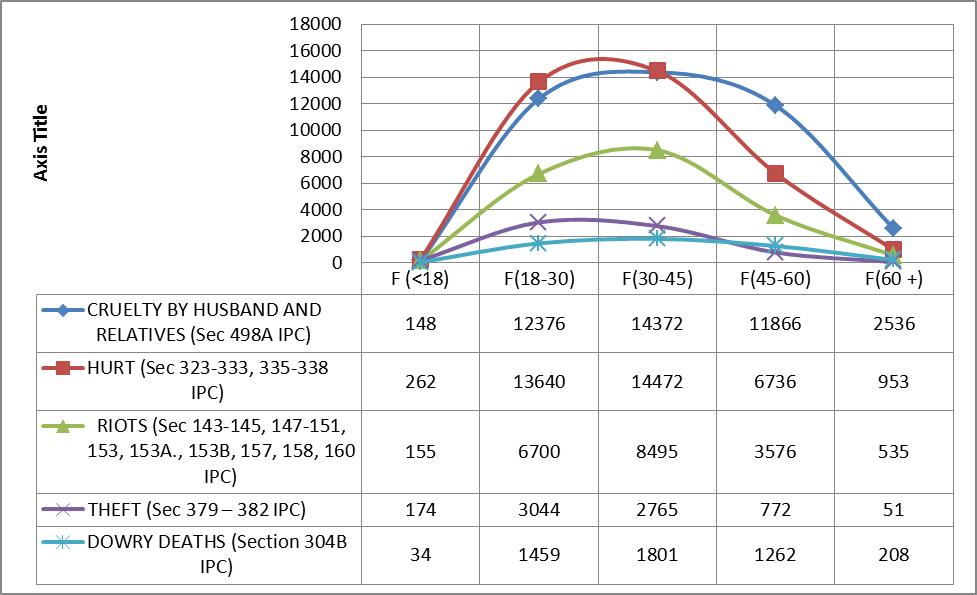 While 498A had 41298 women arrested, ‘Hurt’ having 14 separate IPC sections, is second with 36063 women arrested.
Age Group 45-60 yrs   : Risky Zone
Check out how graph for this age group is different w.r.t other IPC crime arrests. While others take a dip, 498A bulges out. Obviously, for argument sake we can say that these are the mothers, aunts, etc and the nature of crime is such that this group is going to have a high number.
But, how come its possible, ONLY after a mother (of ONLY a married son) attains this age, her chances of committing such a grievous crime and thereby arrested suddenly increases many folds?  The graph clearly suggests that IPC section 498A is grossly being misused and police is arresting women of this age group just for harassment and extortion.
Age Group 45-60 yrs   : Fatal Zone
I call this the fatal zone,because when the grandmother (of a married grandson) is supposed to enjoy her last few days happily with her family members, one twist of fate can land this lady behind lockup/jail…courtesy our sati savitri bahu J Compared to other crimes under IPC, a 498A case for a senior citizen woman can turn fatal both mentally and physically.

1) PLEASE STOP TREATING & ARRESTING THE WOMEN-IN-LAWS AS CRIMINALS WITHOUT COMPLETING PROPER INVESTIGATION IN IPC 498A.

2) DO NOT DIFFERENTIATE BETWEEN THE MOTHER OF A SON AND A DAUGHTER.

3) ABOLISH 498A AND STOP THIS LEGAL EXTORTION RACKET.
Posted by Indian at 6:27 AM 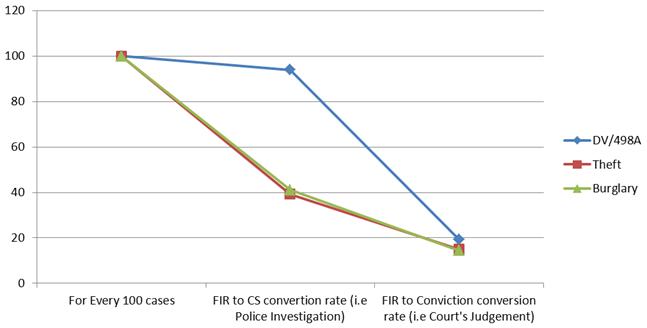